A home invasion spree has the county in a panic and the Deputy Chief has reassigned all available personnel to put a stop to it before more citizens are attacked. The most recent invasion involved the Taylor family, putting a woman in the hospital with electrical burns. The M.O. varies, with the one connecting thread that the families are always home at the time of invasion and they are brutalized in various ways. The Vice squad is called in for a very early morning meeting (just hours after the Taylor invasion) with Robbery Division, which is headed by Lt. John Malone, Crockett's first boss and his mentor.

They arrive at Robbery and Crockett is reunited with Ebersole and Malone. The meeting gets underway: there have been six home invasions in eight weeks, totalling $2 million in stolen property and five injured civilians. Sgt. Hugh Heraty provides a pamphlet detailing all Robbery has on the invasions, which are similar to ones reported in Chicago and New York; the scores vary from jewelry to cash to coin collections. Descriptions include the use of hockey masks and stockings to cover faces, but nothing else. Commercial vehicles are being stolen and used on delivery routes as a cover, though none have been recovered or even spotted. Castillo picks apart the pamphlet, noting various holes, and it becomes obvious that Robbery is not handling the case as effectively as they could be. Crockett is somewhat upset by Castillo's blunt criticism.

The invaders stake-out their next hit, taking pictures of the house, phone box, electrical box, street signs, people coming and going, security system, etc., showing the invasions are very well planned. Their lair is loaded with disguises and weapons. After considering the risk involved they decide not to hit the home they've just scouted. Nicky says there are plenty of other "scores" that won't draw as much heat, and Jerry agrees, but Pete Romano is disappointed, thinking the team has gotten soft and is missing out on $200K in goods.

Crockett and Castillo (Tubbs took a leave of absence to spend time with Valerie Gordon in New York) visit the Taylor house and she haltingly describes what happened, including the injuries to her children. Castillo assures Mrs. Taylor they will do what they can to catch these men, and leaves a questionnaire detailing her daily activities, to fill out at the earliest opportunity. Crockett checks his contacts while Castillo pours through crime reports. They go to see Benny at his jewelry store, knowing some of the stolen merchandise may have been sold there, but he refuses to talk. Castillo asks Gina and Trudy to let him know if any prostitutes report any johns beating on them, as Chicago police reported the same during their own home invasion spree. That night the invaders strike again, hitting an elderly couple. During the hit, a policeman comes up on the getaway car, and is killed by Romano with a silenced handgun.

The elderly man was shot twice during the hit and is in the hospital. Castillo asks Malone why he didn't seal off the area after the hit, and Malone is incensed that Castillo is questioning his decisions. Crockett, surprised his former mentor has changed so, finds himself defending each lieutenant to the other. He shares Castillo's concerns that the investigation is threatened by Malone's shoddiness, but stands up for Malone out of loyalty. Crockett and Castillo go to see Gina and Trudy, who have found a prostitute beaten by someone recently, but she can't find him in the mugshot books. Castillo, Malone, Heraty and Crockett review crime reports and the questionnaires collected from the Miami hits. They confirm based on MO that the same Chicago invaders are now in Miami. After reviewing the questionnaires they determine a common thread - all the women had their hair done at Hair Emporium. Gina goes to have her hair done (under the guise of a rich woman) and has a "feeling" about the valet parking attendant - Romano. They take the prostitute to the parking lot and verify that he was the one that beat her up, so a surveillance detail is set up. Romano is observed making a copy of the keys to a blue Corvette and gathering information while the driver, Muriel Goldman is in the salon. When she leaves Crockett and Castillo pull her over to warn her of a possible home invasion.

That night, Crockett and Castillo lie in wait at Goldman's house. The invaders head out on their hit, but manage to shake their police tail after they change cars. Crockett becomes concerned that the invaders haven't come yet, so they call OCB and speak to Muriel, who tells them she was driving her daughter's car and the info the invaders got was for her address. Crockett and Castillo speed over to her daughter's house, and they arrive just as the invasion is in progress. Castillo incapacitates the outside driver; with no time to call backup, he throws a table through a glass door and the Vice cops storm in, shooting down all the invaders.

They take Mrs. Goldman to lunch the next day. Malone stops by to give Crockett a "graduation present", a fishing reel, and tells him he has retired from the force, deciding that one sloppy case was more than he wanted on his record. Castillo found out when the Deputy Chief called him, asking his opinion about a suitable candidate to replace Malone; Castillo said he couldn't think of anyone with a comparable track record. Crockett is still stunned by his former mentor's retirement as Castillo and Malone join Muriel for lunch. 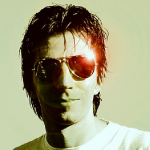