Carol Christine Hilaria Pounder (born December 25, 1952, Guyana) appeared as Yvonne, friend of Valerie Gordon in the episode "Too Much, Too Late" of the series Miami Vice.

Pounder began her career in the movies, debuting in 1979's All That Jazz (with Keith Gordon), other movie appearances include Union City (with Sam McMurray), I'm Dancing as Fast as I Can (with Ellen Greene), Prizzi's Honor, Postcards From The Edge (with Annette Bening and Robin Bartlett), Benny and Joon (with Dan Hedaya and Oliver Platt, Avatar, The Mortal Instruments: City of Bones, and Home Again.

Her TV debut came in the 1985 movie Go Tell It On The Mountain (with Giancarlo Esposito and Ving Rhames), followed by appearances on Women In Prison (with Denny Dillon), Cop Rock (with Larry Joshua), and 24 episodes of ER as "Dr. Angela Hicks" before her long-running role as Captain Claudette Wyms in the 2002-08 series The Shield (with Michael Chiklis). Her more recent appearances include the series' Brothers, Warehouse 13, and Sons of Anarchy (with Jimmy Smits, Ron Perlman, and Kim Coates) before her role as "Loretta Wade" on NCIS: Los Angeles (2014-present). 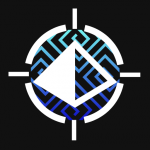